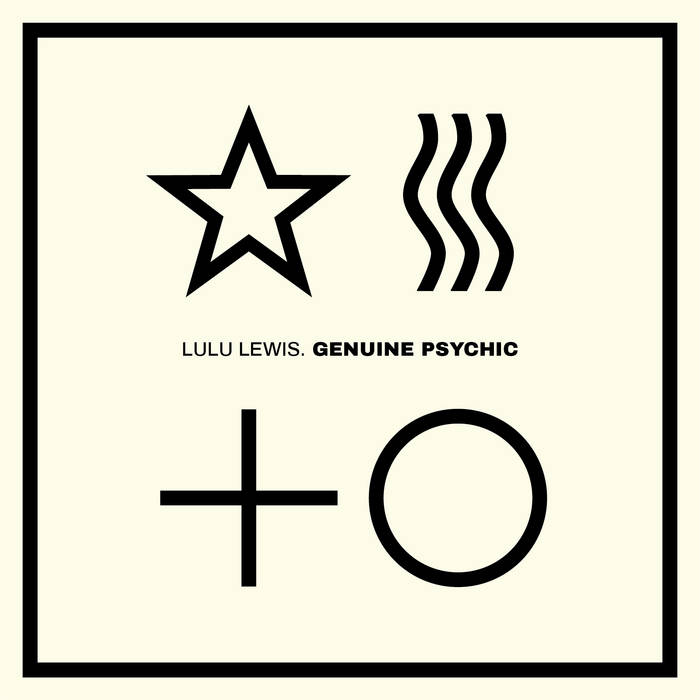 Genuine Psychic is the full-length debut album from rock band Lulu Lewis, out this July via Ilegalia Records. Drawing on influences ranging from post punk to goth to soul (what they dub “Harlem punk”), the album showcases Lulu Lewis as an inventive and pivotal band creating a distinctly unique sound.

Founded by husband and wife duo Pablo Martin (Tom Tom Club, The Du-Rites) and Dylan Hundley (Metropolitan), Lulu Lewis have established themselves as one of New York’s most prolific and versatile underground rock bands over the past three years, whether collaborating with artists like Brendan Canty of Fugazi or sharing the stage with musicians like Lenny Kaye and Richard Lloyd. The band was the subject of a short documentary from Condé Nast, while their debut EP earned them praise for its “bold pop-rocking with soulful touches courtesy of Hundley’s up-front delivery” (The Vinyl District), while their art house-style videos have been called “a force to be reckoned with, wielding a progressive spirit of artistry and passion” (Atwood Magazine). They are joined live by William Harvey (Urban Verbs), Jay Mumford (J-Zone, The Du-Rites) and Bruce Martin (Tom Tom Club)

Lulu Lewis balance their sharp insight and dark poeticism with an air of playfulness across their genre-bending catalog. Haunting goth rock tracks live alongside tongue-in-cheek, synth-driven new wave, all connected by a sonic world of incinerating guitars, cutting rhythm section, and lo-fi production. Genuine Psychic acknowledges the light and dark duality of the universe without taking itself too seriously. Over the course of ten tracks, it recalls rock sounds of the Bowery’s grittiest days with a perspective that builds on the past, rather than copy it. In doing so, they create something entirely new and unique to itself, free of any trappings of genre or time, and utterly exhilarating.

Harlem based Lulu Lewis brings forth a multi faceted offering in the world of rock. Their influences are far and wide but can best be aligned with post punk, gothic, soul and psychedelia. They have coined the term Harlem Punk Rock as a way to express their world view. A full length LP will be available soon on Ilegalia Records. They are Pablo Martin and Dylan Hundley. ... more

Bandcamp Daily  your guide to the world of Bandcamp

New sounds from Mavi, Ivy Sole & Moderator, plus AJ, the One joins the show, for her latest release